You can now set opacity levels on images in your generated PDFs using CSS. No more relying on PNG images with an alpha channel set to your desired transparency level!

Here’s a screenshot showing this in action: 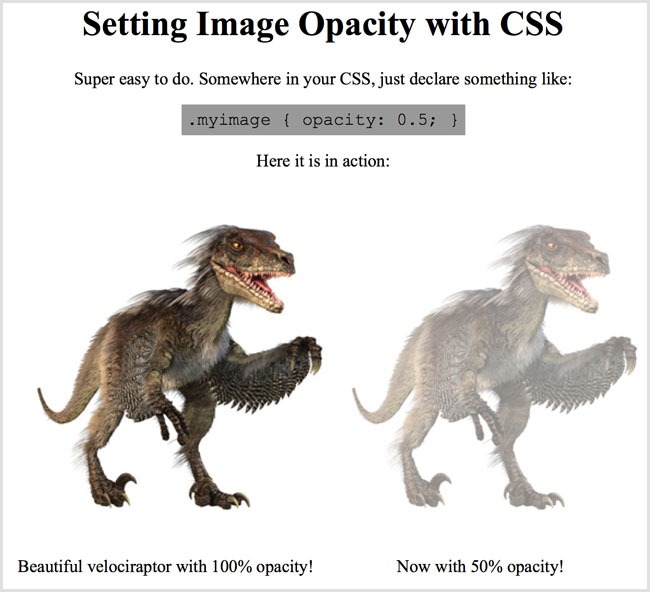 You can check out the input HTML for this PDF here, as well.

This difference in tonal ranges is most obvious in large areas with gradually changing tones, such as blue skies. You’ll notice banding issues more quickly when working with 8-bit TIFF files, but the greater tonal range of 16-bit TIFFs makes these transitions much smoother.

Last but not least, this update also fixes a small bug with SVG images. The fill-opacity property on paths was being incorrectly applied to subsequent images, but no longer! Fill-opacity will now respect your wishes.

We’ve got a lot of cool updates on the way. Some of our users have contacted us with interesting use cases, and we’re working on some neat tutorial posts for further customizing your generated PDFs using DocRaptor with third-party libraries and tools. Stay tuned!